Star Combo Pharma (ASX:S66) has announced the expansion of its manufacturing capabilities at its wholly-owned TGA-licensed nutraceutical manufacturing site in Sydney. 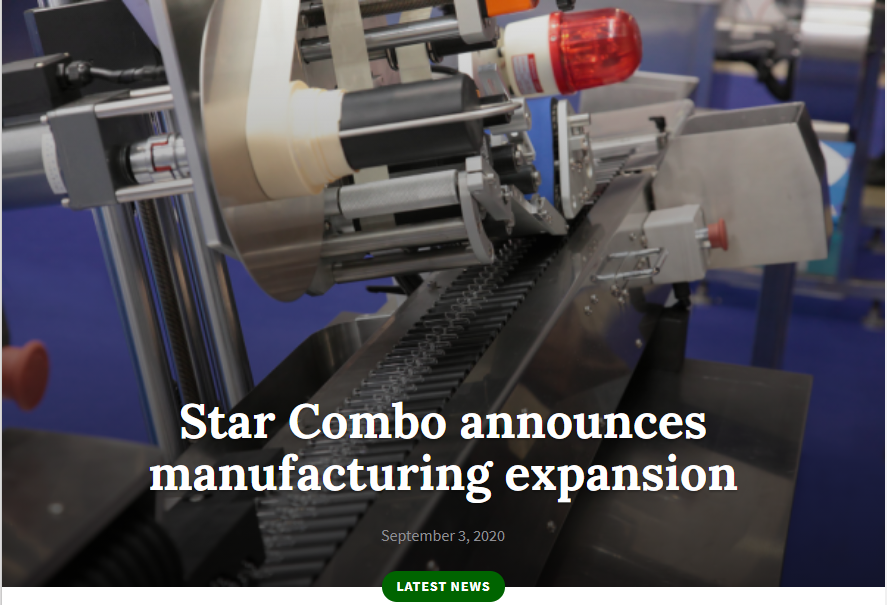 The company said the expansion will involve upgrading the existing facility and the installation of 13 new production lines.


The capital investment of around 11 million is intended to ensure it can address the growing demand in both local and overseas markets for Australian made vitamins and dietary supplements.
It said approximately 5 million will be invested to upgrade the existing manufacturing plant and a further 6 million for the acquisition and installation of an additional plant to establish 13 new production lines.
The project will commence in September 2020 and will be completed within two years, it said.


"We expect demand for Australian made products to continue to grow both domestically and internationally. Our competitive position will be significantly strengthened with this transformationa investment and I'm excited with the future prospects for the company. I also look forward to working closely with our new investor (Golden max International Technology Limited) to leverage both their process manufacturing knowledge and extensive sales and distribution network as we commission the new production lines" said Ms Zhang.